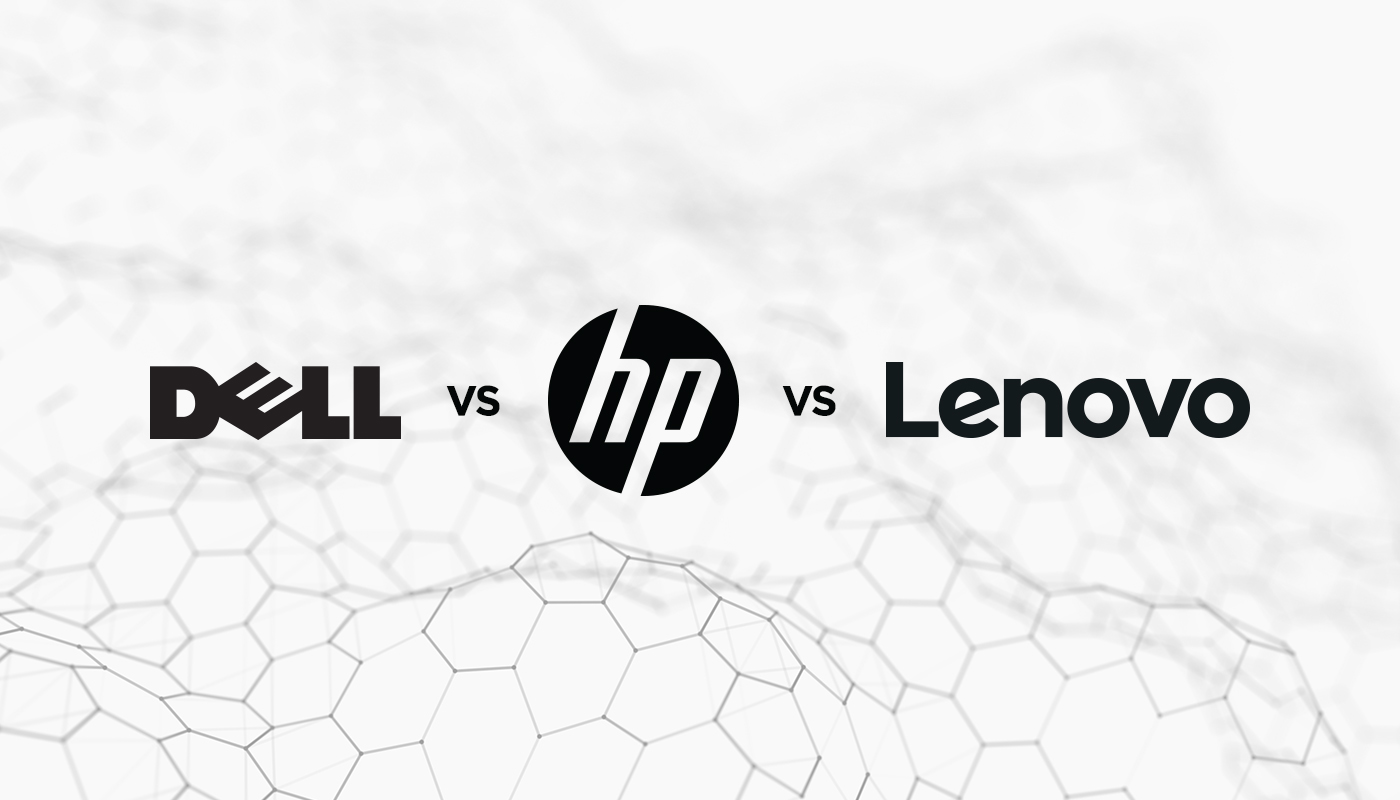 The big three PC makers are offering a wider array of options then ever, but which is right for your company?

Information technology can do amazing things. It boosts productivity, enhances collaboration, even powers fully remote workforces… as long as everything is working, that is.

IT downtime is incredibly costly. The average outage costs $5,600 per minute, according to Gartner. Given an eye-watering number like that, every business (and particularly SMBs with smaller budgets) depends on equipment that is cost effective, full-featured, incredibly reliable, and supported by a company that stands by its products.

The big three in PC computer hardware for the last decade or so have been Dell, HP, and Lenovo. Chinese multinational Lenovo, which made its name by acquiring IBM’s highly regarded ThinkPad brand in 2005, is the current leader, with over 15,000 units shipped in the second quarter of 2019.

But, over the last three years, Lenovo and Silicon Valley’s HP (Hewlett-Packard) have traded places for the one and two spots for leadership in the global PC market. Dell, which is based out of Texas, is perennially a respectable third, with around 14-16% of the market.

Who is the Most Reliable?

According to the RescueCom Report, Microsoft, maker of the Surface line of notebooks and convertible tablets, took the top spot for system reliability in 2019, followed by Lenovo at number two. Dell and HP still made the top 10 (at number six and seven, respectively), but didn’t fare as well.

Lenovo has made a concerted effort recently to move up the reliability ranks and is now consistently in the top three. Their machines reportedly last longer (though the average lifespan of PC laptops, including theirs, is still 3-5 years) and require less servicing.

In general, though, all three are truly gargantuan companies with innovative products, well developed customer service departments, and extensive offerings to fit almost any SMB technology need. Still, there are a few notable differences between them:

One of Dell’s points of differentiation is that, unlike its competitors, it sells most of its computers directly, rather than through third party resellers, and because of that business model, they are able to customize their laptops, desktops, and servers to a greater extent.

Dell also has won praise in recent years from business tech buyers for its high-end XPS line, of which the laptops are especially well-liked for their thin form factors, high resolution displays with tiny bezels, and advanced composite materials like carbon fiber. Their lower-end Inspiron line also has some good options, as do their business-centric Latitude laptops and OptiPlex desktops, which feature muted styling and rugged chassis.

In addition to traditional systems, Dell offers all-in-one desktops with integrated displays, low cost Chromebooks running Google’s Chrome OS instead of Microsoft’s Windows 10, and 2-in-1 laptops that convert into tablets. Dell also separates itself by offering more AMD CPU options than HP or Lenovo typically do, and by its well regarded customer service.

Though D2 is vendor agnostic, we’ve had excellent success with Dell systems. Their partner program is very well developed with more focused account representatives than their competitors, and across the board their enterprise equipment (e.g. servers, storage solutions, network equipment) are consistently high quality, making it easy to recommend an entire umbrella of products from them to clients.

Hewlett-Packard is one of the original tech giants, with a history that dates back to the 1930s (decades before the microprocessor was even invented). They have evolved through the years and today produce a wide array of well regarded tech products, including the entry-level Pavilion series, the stylish but accessible Envy laptops, and their high end Spectre and Elitebook lines, as well as the ZBook workstation-class laptops.

Price-wise, HP is considered to be slightly more expensive than Dell or Lenovo for similarly specced systems.

Like HP and Dell, Lenovo offers laptops, desktops, and servers to fit just about any budget, and when they bought the Think brand from IBM, they also gained its reputation for business-centric, understated, simple, and sturdy computers that can withstand the abuses of a busy office or frequent business travel.

The ThinkPad is their high end line, ThinkBook is directed at smaller businesses, and ThinkCentre covers business desktops. Lenovo also sells the popular Yoga line of convertible laptops that transform into tent mode or even full tablets, and IdeaPads, which are lower-cost, consumer-focused laptops.

Lenovo computers are also chock full of innovation, including several features that aren’t often seen elsewhere, like the TrackPoint, the tiny red nub that, in addition to the included trackpad, provides another mousing option.

The big three hold over 50% of the marketplace of PCs, but they are by no means the only options. Asus and Acer, separate firms that are both based in Taiwan, offer lower cost, but still attractive laptops and desktops.

Microsoft has made strong inroads into the PC hardware business with its Surface products. Korean brands Samsung and LG are also selling slightly more expensive, but beautifully thin and light laptops (notably the LG Gram).

There is no shortage of great hardware available. SMBs that need a lot of horsepower (i.e. CPUs with 4-8 cores, solid state drives, discrete GPUs, loads of high speed RAM, and 4K displays) will have no trouble finding what they need in the $1500-$3000 range. Those with more modest requirements (i.e. dual core CPUs, integrated graphics, 4-8GB of RAM, and 1080p displays) can still purchase machines with enough oomph to handle basic business applications, like Microsoft Office and web browsing, flawlessly for considerably less (around $800 for a desktop and $1200 for a laptop).

Need help deciding how to upgrade the technology that powers your small or medium sized business? Talk to the IT professionals at D2.

Dell vs HP vs Lenovo: Which is Right for SMBs?