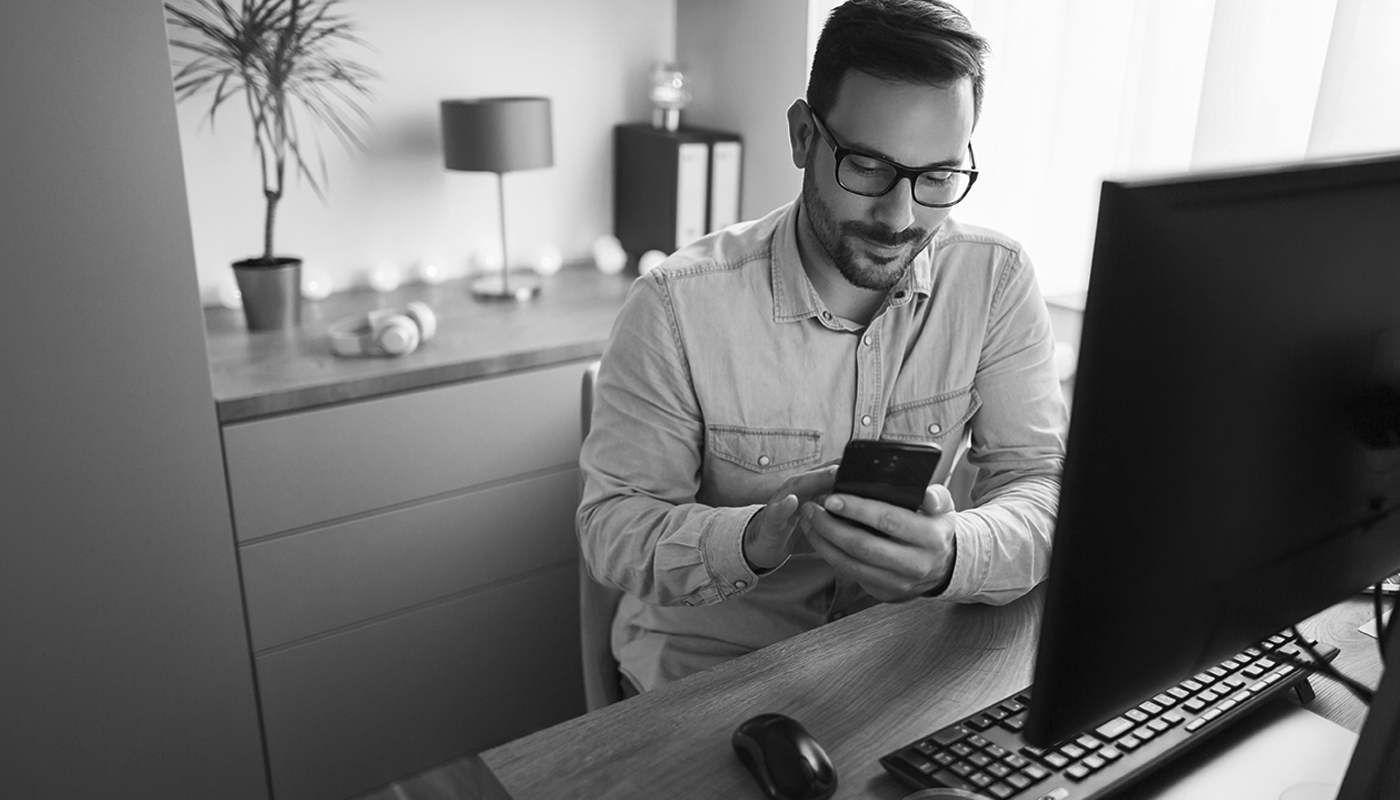 Businesses around the country and world have adapted to the obstacles the global pandemic placed in their path. Digital transformation was accelerated, virtual workforces were mobilized, and IT security was boosted. Some of the more restrictive changes brought about by this health crisis like social distancing will hopefully go away in due time, but others, notably remote work and online collaboration, are clearly becoming a permanent part of how modern business is done.

D2 Integrated Solutions has been working tirelessly to help our partners build out and manage the resources they need to keep their workforces happy, productive, and fully supported whether they are in the office or connecting from home. Here is a rundown of the most popular digital tools today for empowering your team:

With the conference room less available and increased remote workforces, not to mention a burgeoning list of communication channels (email, phone, messaging apps, social media, etc.), getting everyone on the same page is a constant challenge for managers.

Several collaboration platforms have arisen to address that need. Slack was a popular option, but in the months following the start of the pandemic, Microsoft Teams has quickly stolen away market share and become the new leader in this growing space. By June of 2020, Microsoft was reporting over 13 million daily active users on Teams (3 million more than Slack and Microsoft is adding new users at a much higher rate).

Both are full-featured chat and collaboration hubs, but Teams’ big advantage over Slack is that it is fully integrated with Microsoft 365, which includes the entire Office suite, along with cloud storage and sharing, business analytics dashboards, enterprise-grade security, and regular updates.

Most work communication used to happen in dedicated messaging apps and email platforms, but because Teams integrates throughout Microsoft 365, the conversation happens right where work does: in Word, Excel, PowerPoint, OneNote, Tasks, Power BI, and on Microsoft’s cloud storage and sharing services such as SharePoint.

Users can share access to documents, files, and calendars, and they can easily switch between voice, video, and text chat to discuss them. Plus, collaborative editing tools mean whole departments can work concurrently on the same project in real time.

Teams is also lauded for its open framework and copious third party integrations. Everything from Twitter, to the Adobe Creative Cloud, to Github and more, can be plugged into a Team’s workflow seamlessly, giving businesses the flexibility to build on the platform as it suits them.

California-based Zoom was little known before the pandemic. That has certainly changed. Today, it is used for even the most secure virtual events, including telemedicine visits, online court proceedings, and virtual board meetings.

Its biggest advantage is its simplicity. Even computer novices quickly figured out how to attend video meetings or even host them. It didn’t hurt that Zoom is almost entirely platform agnostic: it’s compatible with Windows, Mac, Linux, iOS, Android, and the web.

In the workplace, Zoom offers more robust and advanced features, such as a built-in Webinar option that can share a video meeting with over 10,000 viewers at time. At the free-tier, interactive meetings (where everyone can speak and view) are limited to 100 participants. 1-on-1 meetings are untimed. Larger gatherings are limited to 40 minutes. The Pro, Business, and Enterprise tiers offer larger and longer meetings and add cloud recording and storage.

One of the biggest concerns associated with Zoom’s new popularity has been security. Unlike familiar entities like Microsoft or Google, not much was known about Zoom’s security readiness back in April and March, and it was soon revealed that they had some holes to patch. Thankfully, changes were rapidly implemented to harden their security.

265 GCM transport encryption is now available to all users, making it far more difficult for intruders to tap into a video stream without authorization. Full, end-to-end encryption still hasn’t been rolled out platform-wide but the company claims it’s coming soon.

Wistia, which offers video hosting and marketing tools for business, understands that sometimes it’s easier and better to just show exactly what you’re talking about rather than describing it in words, which is why they created Soapbox, a light-weight online service for recording, editing, and sharing videos.

Soapbox is useful for:

No advanced video editing software or cameras are needed. With just a webcam and a Chrome extension, users can record videos of themselves, capture what’s happening on their screen, annotate the content, select split-screen views, and share their content in minutes.

Released in 2016 as part of Office 365, Microsoft Planner, like its name suggests, helps teams create plans, coordinate, and assign task lists. More recently, Microsoft has slowly been consolidating Planner with similar products it offers, including the To Do app and Microsoft Tasks, which is part of their Teams collaboration platform.

It appears Tasks will ultimately supersede all other Microsoft planning software, but at the moment all three options are available. However, To Do is generally for individual use, whereas Planner/Tasks are better suited to group coordination. They all offer cloud-syncing options, though, so changes made anywhere are discoverable throughout an organization.

Even for small and medium-sized businesses, keeping track of workflows, deliverables, task amendments, deadlines, and completed projects is complex. Tools like Planner are a repository for all that information and then visualize the big picture so management never has to guess who is working on what, how far along they are, and when completion is expected.

Like Microsoft Planner, Trello is a project management tool based on the Japanese Kanban work management system, which visualizes a work project as it moves through various stages and is finally marked as “done.” Typically, cards represent tasks and columns represent stages; cards are moved left to right as they progress towards completion. Multiple tasks are arranged as horizontal “swimlanes.”

Originally an in-house platform for managing software development at Australian software firm Atlassian, Trello was so popular that it was spun off into its own company in 2014. Its model for tracking projects has been extended beyond the software industry to education, accounting, web design, professional office case management, and many other fields.

Facebook co-founder Dustin Moskovitz was responsible for improving employee productivity when he worked at the social media giant. He left to build on his experience there, joining forces with a former Google engineer to create Asana, which is a web and mobile app for organizing and tracking work.

It’s a highly rated software-as-a-service product with reporting tools, dashboards, and built in calendars and communication channels. Asana is also valued for its open API (application programming interface). Its customers can build applications that work fluently with it, permitting automation of many routine tasks like regular reporting. Asana also plays well with others. It has integrations with a number of third party apps and services, including:

With so many options for project management and team communication and collaboration, Monday.com needed a way to differentiate itself from the competition. Its claim to fame is deep customization. Rather than offering a comprehensive platform, they sell a framework for modular apps and extensions (both first and third party) that the user can connect and assemble as they see fit, such as:

Workflows can be diverse across industries. The path of a project from start to finish in heavily regulated sectors like healthcare or finance are typically more circuitous than others, for example. More people need to be in the loop, more rules need to be followed, and recording requirements can be onerous. Firms with less to juggle, however, can simply strip unneeded components out of their Monday.com setup, tailoring things to their business model.

Back when Microsoft’s industry-leading productivity software Office was a standalone, offline suite of applications change came slowly. Few updates were pushed in between releases and a new version wasn’t released every year.

That all changed with Office 365, a subscription-based, fully-connected version of the Office suite. Updates, including critical security patches, are rolled out routinely, and, along with the traditional word processing, spreadsheet, and presentation functions, Microsoft now includes cloud storage for your documents.

Though Google has made headway over the past few years in matching the feature-set Office offers, they still have a ways to go. Word is still the gold standard for office word processors, and spreadsheet mavens still swear by Excel.

Outlook, the email platform included with Office 365, is also considered to be significantly more advanced than Google’s simple to use, but stripped-down Gmail service. Outlook has power user features like Focused Inbox that highlights important messages and Clean Up for managing long conversation threads, as well as extensive administrative controls.

Office has spent decades as the most trusted and used workplace productivity suite, but Google is closer than anyone else at challenging Microsoft’s dominance. While Google Docs, Google Sheets, and Google Slides offer much of the same functionality as Office in a purely web-based alternative, they have some limitations, however. For example, Microsoft includes dozens of high quality templates with each app and Google only has a small handful.

G Suite’s biggest draw is real time collaboration tools that are built right into its web apps. Suggestions or edits show up on a sidebar, allowing large teams to work simultaneously on one document with ease. For companies that value simplicity and integrated collaboration tools, it’s a good option.

What’s Right for Your Business?

With so many vendors, so many options, and so many tiers and plans to choose from, navigating the vast digital ecosystem of tools, apps, services, and platforms that can help your team do its best work is a challenge unto itself.

Your budget, your corporate culture, your network capabilities, and your employees’ work style all need to be considered when selecting optimal solutions.

Need help getting your remote workforce into high gear? Talk to the experts at D2 Integrated Solutions. We take a collaborative and pragmatic approach to enhancing and protecting your business with cutting-edge technologies.
Top Technology Tools to Strengthen Your Team’s Work From Home Productivity and Morale